What does A-PAG hope to achieve?

A-PAG is a foundation that has been set up to help reduce air pollution in India. Our initial focus is on the Indo-Gangetic plain; that’s because the issue here is even more acute than it is around the country. Unlike a number of other civic organisations who work on environmental issues, our emphasis is entirely on air pollution.

Why do we believe air pollution is an issue worth looking at?

Globally, air pollution is recognised as a serious threat. Some estimates suggest that it is the cause of more than 7 million deaths every year. In fact, according to the World Bank, air pollution ranks 4th among risk factors causing deaths worldwide (metabolic risks, dietary risks and tobacco are the 1st three).

And India isn’t doing well when it comes to air pollution. We rank 174/178 countries on quality of air. 14 out of the 20 most polluted cities in the world are in India. And it is estimated that in 2017, 1 out of 8 deaths in India were due to air pollution.

This is why we believe air pollution in India needs action. And needs it quickly.

We are a group of corporate professionals with varied experience across functions, and across different organisations. We have now come together because we believe this issue can be addressed provided it is attacked with clear intent. 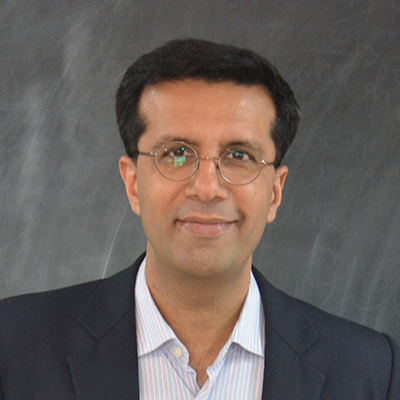 Ashish Dhawan is an Indian private equity investor and philanthropist who founded and ran one of India’s leading private equity funds, Chrys Capital. He left his position at Chrys Capital in 2012 to found Central Square Foundation (CSF), a non-profit foundation working towards quality K12 education for all children in India. In 2014, he founded India’s first liberal arts university, Ashoka University, and is the Chairman of the University’s Board. Ashish has also launched the Indian School of Development Management, an institution focused on creating development managers for the social sector. In 2012, Ashish was recognized as the NextGen Leader in Philanthropy by Forbes India for his charitable work. Ashish graduated from Yale University and received his MBA from Harvard Business School. Ashish is currently the Chair of Harvard’s India Research Center, is on the Global Advisory Board for Harvard Business School, and is a Sterling Fellow at Yale University.
Read More 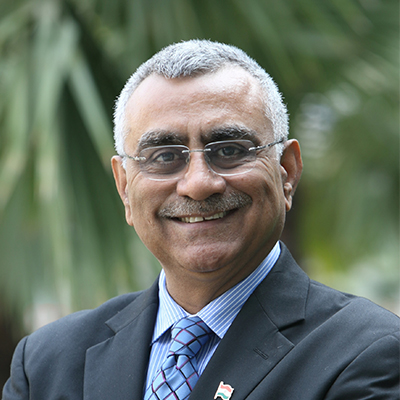 Vijay has over 45 years of professional experience across fields. He served in the Indian Army for twenty years, later leading some of the marquee corporates in the travel and hospitality industry. He is the former CEO of Bharti Foundation, the philanthropic arm of Bharti Enterprises, one of India’s leading business groups. His army background has inspired many events to inculcate a sense of patriotism and integrity within him. Vijay is also the Chairman of Managing Committee at Modern School, Barakhamba Road, one of the elite schools of India. He is a part of various National Committees in the area of Education, Skill Development and CSR. A graduate from National Defence Academy, India and the Canadian Forces Command and Staff College, Canada; Vijay went on to complete his M.Sc. in Defence Studies from Madras University.
Read More 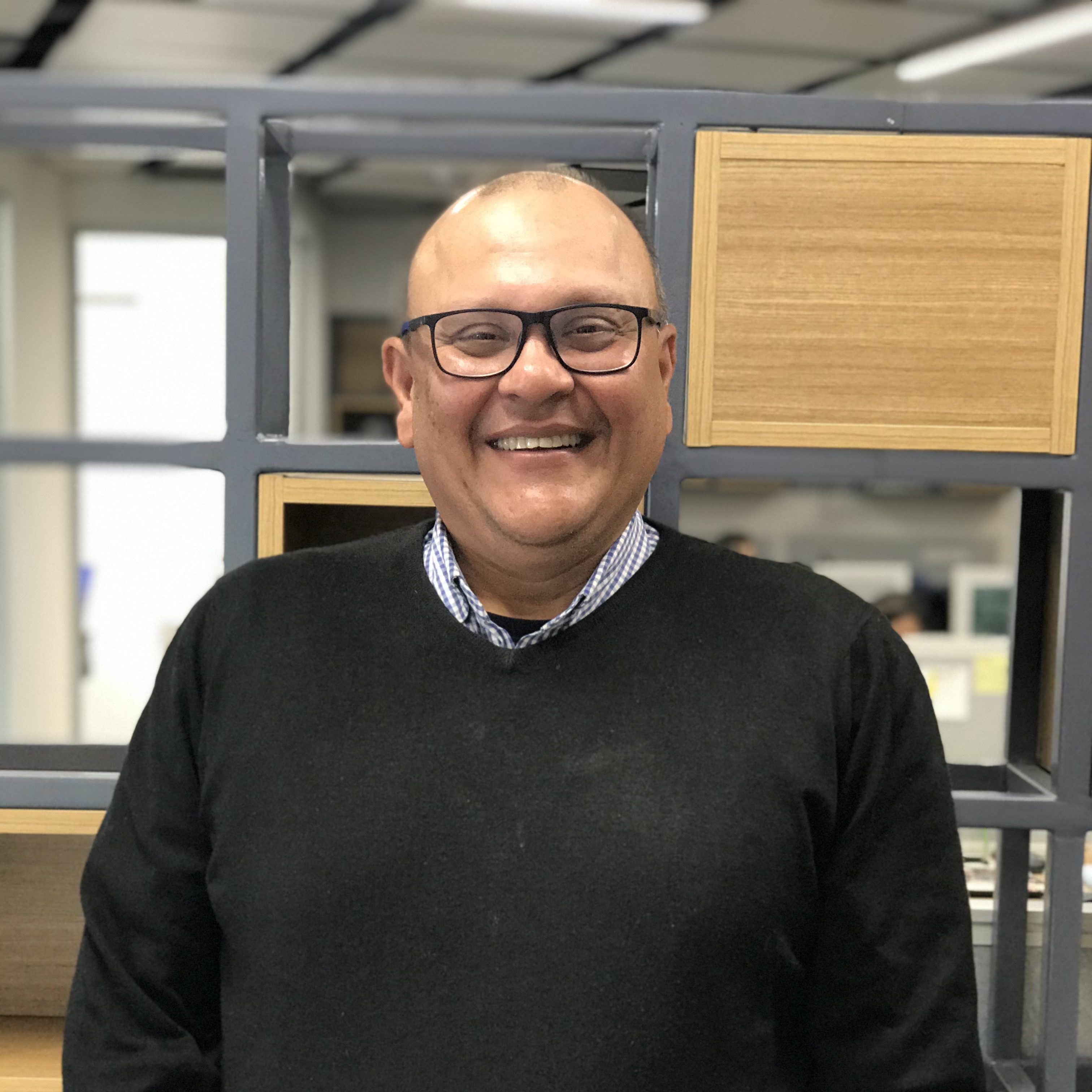 Mohit is an alumnus of IIM, Kolkata. Over 28 years, he has had vast experience across multiple advertising and marketing roles. He was Chief Brand Officer of Airtel before deciding to branch off on his own. He is now keen to make an impact in a way that can genuinely improve the lives of millions of people.
Read More 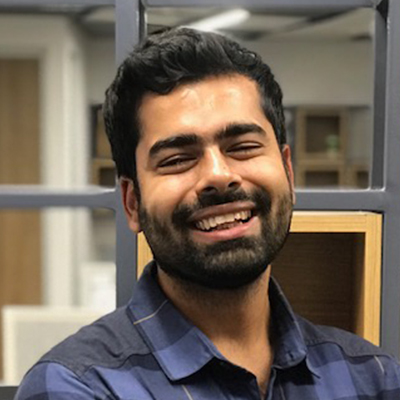 With diverse exposure to the FMCD, FMCG, management consulting and not-for-profit sectors, Nipun has over 4 years of experience managing businesses in retail and wholesale trade with Waterman Sales India and as an area manager with Asian Paints. Nipun has also successfully conceptualized and executed innovative business models at The Smart Cube and Enactus. In conjunction with his MBA, Nipun has developed skills in leadership, people management, stakeholder management, sales and marketing through varied experiences in working with micro, small, medium and large organizations in locations across the country.
Read More 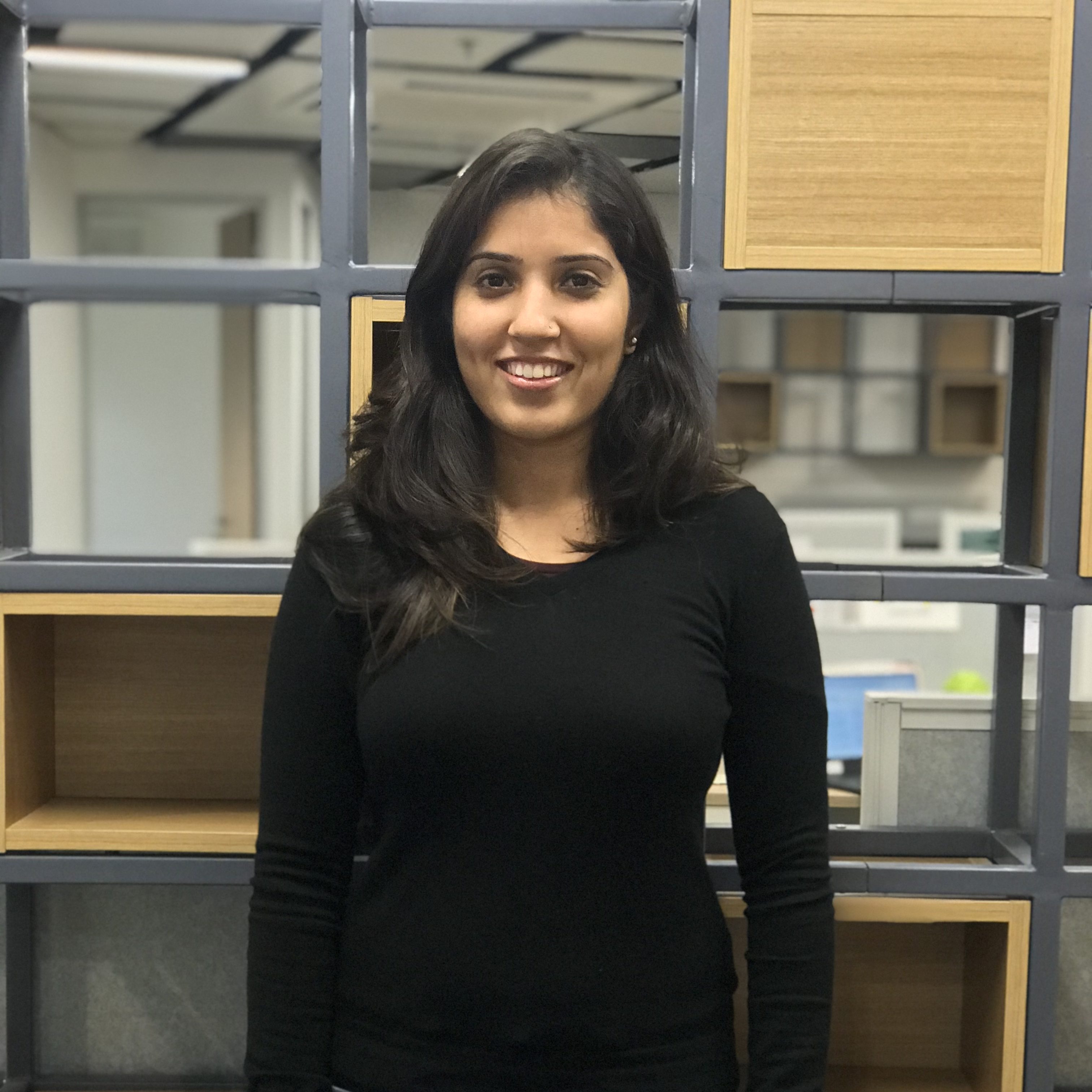 Sakshi is a Team Lead for Policy Research & Advocacy at A-PAG. Previously, she advised policy makers on the agriculture and rural development sectors at PRS Legislative Research. She has worked as a Strategy Consultant at PwC and KPMG in India and Singapore and led Strategy and Expansion at an education-based non-profit in the development sector.Sakshi graduated from Colby College, a liberal arts institution in the United States, and received a Master’s in Public Policy from the Lee Kuan Yew School of Public Policy, National University of Singapore.
Read More 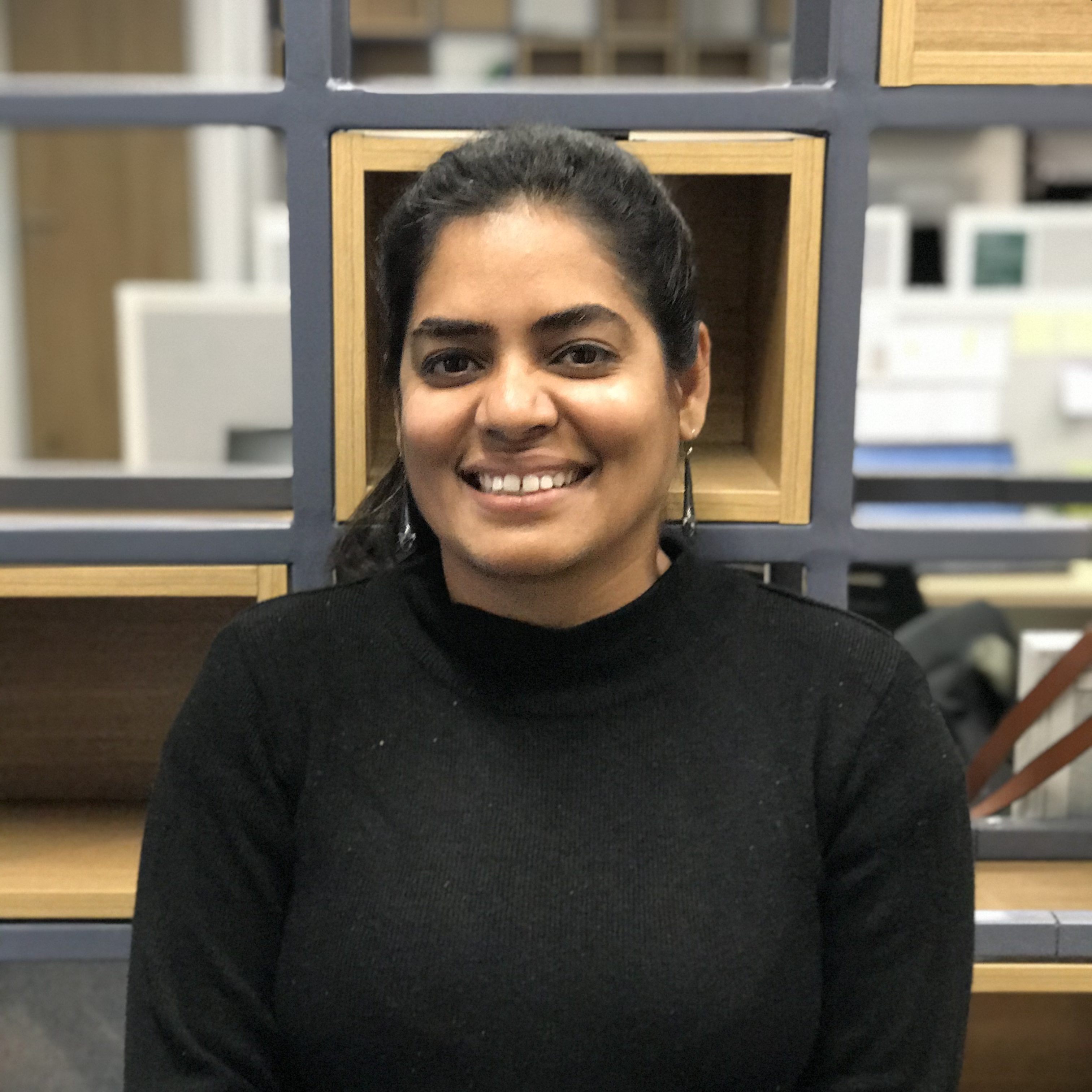 Neha is a chemical engineer from Indian Institute of Technology (IIT), Kanpur and a business graduate from Indian School of Business (ISB), Hyderabad. Her interests in environmental issues led her to pursue a second post graduate degree from Columbia University – Master of Public Administration in Environmental Science and Policy.In the past, she has worked with organizations such as Environmental Defense Fund (EDF), Greenpeace International, Centre for Science and Environment (CSE) and The Energy and Resources Institute (TERI). She has a total of about eight years of work experience with three years in sustainability in fields such as climate change, solid waste management, solar energy, sustainable agriculture, green construction and biodiversity conservation.
Read More 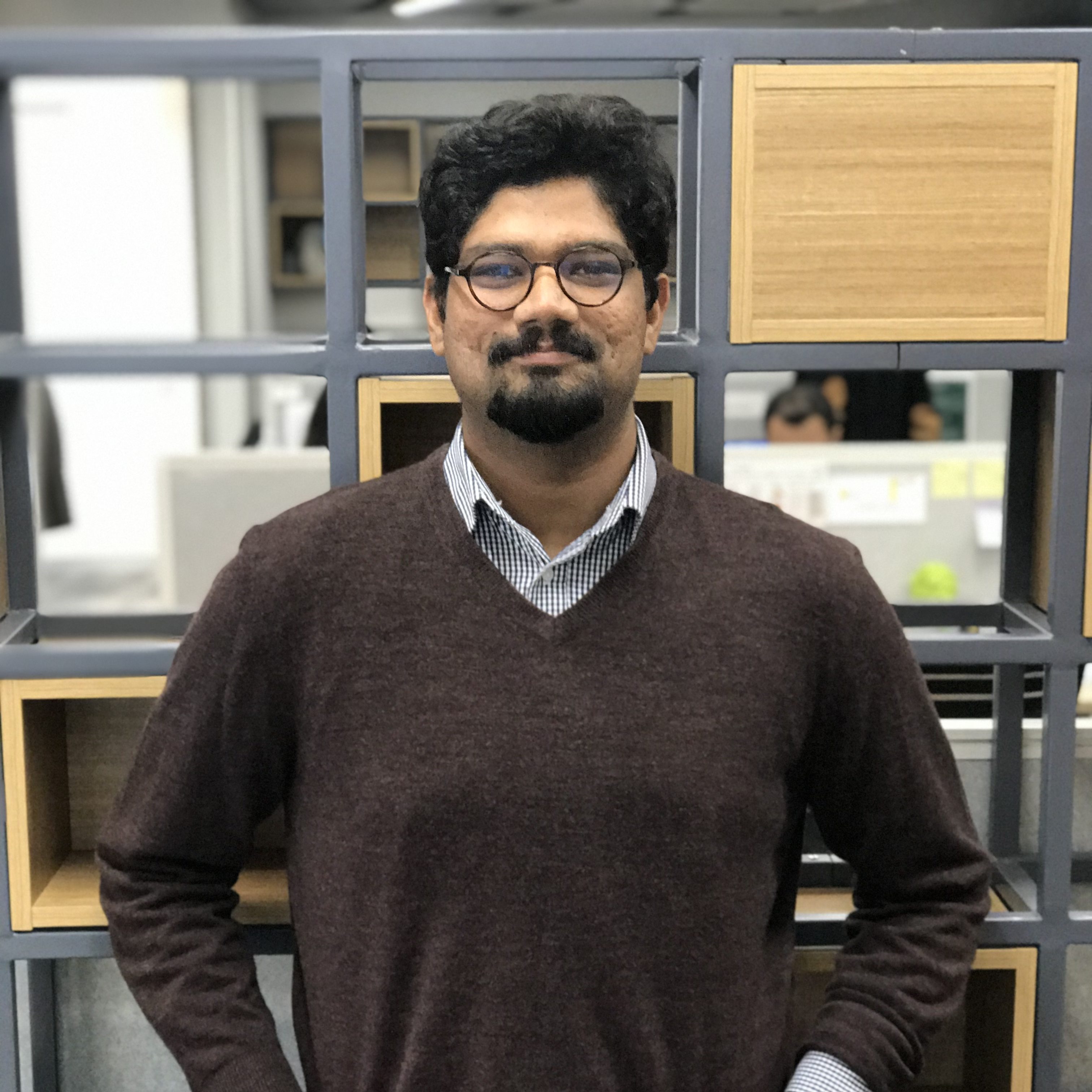 Shantanu is an MBA from IIM Indore. Having worked across FMCG, management consulting and social enterprises, he possesses deep experience in handling engagements across sales, strategy and marketing. As a our digital lead, he is determined to shape the dialogue and action on air pollution.
Read More A Delhi-born millennial, Aashima knows asthma and urticaria from first-hand experience. This helps her be passionate about impacting over a billion lives via battling air pollution.Before moving to the development sector, Aashima worked with Citi India under Markets and Securities Services division. At Citi, Aashima worked with fixed income, currencies, commodities and equities products for native-born and international companies across cohort of sectors such as automobiles, pharmaceuticals, conglomerates, manufacturers and startups. Before Aashima became a banker, she graduated with honors in Economics from Lady Shri Ram College for Women, a premier institution of higher learning for women in India. At LSR, Aashima was on the advisory board of Enactus and director at Rotaract, two organisations that helped her work across social issues such as sanitation, equality, weaver livelihoods and rural education across the country.
Read More 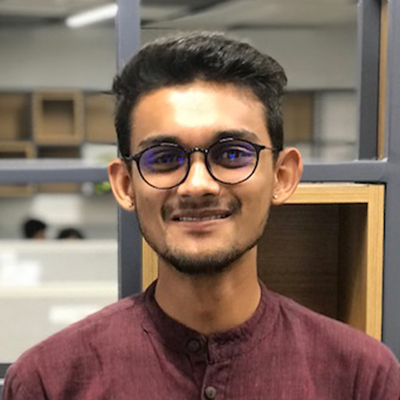 Samarth has done his Masters in Public Policy from the Jindal School of Government and Policy. Here, he researched on the ground level realities of rural economies and bureaucracy road blocks apart from other things.Before this, he worked as an Audit Analyst with Ernst and Young GDS for a year. At EY. He was responsible for carrying out audit and regulatory checks in the Banking and Capital Markets of European and Middle Eastern countries. Samarth has moved to the development sector in hopes of shaping the world to be in a better place than it is today. He mostly is also the only Bangalorean that doesn’t drink filter coffee.
Read More